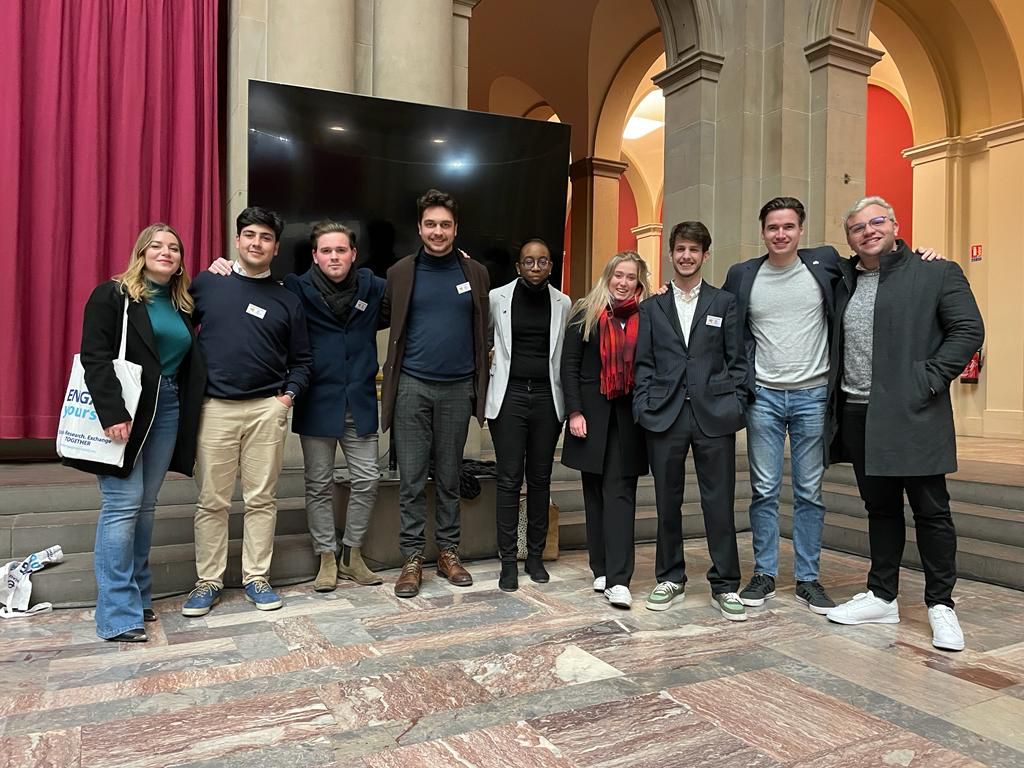 ENGAGE.EU learners took part in the Conference on the Future of Europe as representatives of European Students. The event in Strasbourg brought together European learners who had the chance to meet and work together for the future of the European Union. Here are the highlights from the event report of two of ENGAGE.EU’s representatives from LUISS – Aisee Khismatouline Sciurpa and Umberto Costa Broccardi:

“We have had the pleasure of taking part in the inaugural session of the European Students Assembly which took place in Strasbourg on March 3rd and 4th 2022. The assembly gave 275 students, from 138 different European universities and 38 universities’ alliances, the chance to take part in the Conference on the Future of Europe as representatives of European Students. Our mandate was to draft proposals on how to make the European Union better in different fields. In order to achieve this goal, the participants were divided in 10 panels, each one with a different specific topic.

Here is a complete list of the panels and the relative topics:

We were assigned to panels 5 (Aisee) and 8 (Umberto), two panels that engage with topics that nowadays represent a challenge for the Union and that truly captured our interest.

In this report we will touch upon our experience and give a summary of the activities and our role in the conference and the weeks leading to it. Furthermore, we will focus on the role that the alliances played in the event and in particular to that of ENGAGE.EU, our alliance.

The first meeting of the conference took place on the 12th of January and we were introduced to the organizers of the conference. After this introduction we had time to meet our panels for the first time. Each panel was composed of around 25 students at all levels of higher education, from Bachelor’s degrees all the way up to PhDs. We met our coordinators, who guided us for the entire journey.

In the following weeks we began our work in the panels, this was done through meetings with experts in the fields. This gave us the possibility to really delve in the subjects and to have a point of view, as informed as possible, when it came time to write our proposals.

The following step in the work of the panels was to furtherly divide into subgroups of 5-6 people each. These task forces would have to write the proposals that would be presented at the conference in March. We were respectively assigned to the Mobility and Transport subgroup (Panel 5, Aisee) and to the Foreign Policy subgroup (Panel 8, Umberto).

In our subgroups we were able to draft and approve proposals. One about the incentivization of rail transport for European passengers both for short and long-haul travels (Aisee), and the other one about the abolition of the Unanimity criterion in voting procedure in the Council of the European Union (Umberto).

At the end, once in Strasbourg, each panel finalized its proposals that were then presented to the plenary meeting on the evening of the 4th of March. After the presentation of almost 100 proposals, a vote was held. We are proud to report that the proposals, of the ESA we worked on, were approved almost unanimously.

Throughout the 3 days in Strasbourg, we were able to really connect with many students. We really believe that the true value of this experience was the possibility of getting to know our peers from all around Europe, coming from different backgrounds. Amongst the many students that we met, we really enjoyed getting to know the other members of the ENGAGE.EU delegation.

Although we were relatively new to the alliance, the former President Marco and the current President Sandro really did make us feel at home. We were able to connect with them much more than with other students and we are grateful for this opportunity.

In an environment as diverse as that of the ESA, with students coming from all over Europe and the world, the value of a preexisting network is not to be underestimated. We are convinced that, if we were not part of an alliance like ENGAGE.EU, we would not enjoy this event as much as we did. The importance of networking for students of our age is paramount, and alliances give us the possibility to extend our contacts out of our university’s walls.

We use cookies on our website to give you the most relevant experience by remembering your preferences and repeat visits. By clicking “Accept”, you consent to the use of ALL the cookies.
Cookie settingsACCEPT
Manage consent

This website uses cookies to improve your experience while you navigate through the website. Out of these, the cookies that are categorized as necessary are stored on your browser as they are essential for the working of basic functionalities of the website. We also use third-party cookies that help us analyze and understand how you use this website. These cookies will be stored in your browser only with your consent. You also have the option to opt-out of these cookies. But opting out of some of these cookies may affect your browsing experience.
Necessary Always Enabled
Necessary cookies are absolutely essential for the website to function properly. These cookies ensure basic functionalities and security features of the website, anonymously.
Functional
Functional cookies help to perform certain functionalities like sharing the content of the website on social media platforms, collect feedbacks, and other third-party features.
Performance
Performance cookies are used to understand and analyze the key performance indexes of the website which helps in delivering a better user experience for the visitors.
Analytics
Analytical cookies are used to understand how visitors interact with the website. These cookies help provide information on metrics the number of visitors, bounce rate, traffic source, etc.
Others
Other uncategorized cookies are those that are being analyzed and have not been classified into a category as yet.
SAVE & ACCEPT